Cyclone Titli is very likely to intensify into a severe cyclonic storm by noon today. Currennt situation is being monitored at the highest level. The national weather office IMD had issued a red alert yesterday over a deep depression present for some time over the Bay of Bengal that has intensified into a cyclonic storm and was heading towards the Odisha and Andhra Pradesh coast. The Odisha government has alerted all district authorities to prepare for emergency relief work. The IMD has also warned of heavy rain in West Bengal and north Andhra Pradesh. The Odisha government has announced the closure of all schools and colleges from today in four districts of the state as a precautionary measure against Cyclone in Odisha. Around 3 lakhs people evacuated in Odisha, specifically 2 lakhs in Ganjam district of Odisha.

Cancelled Flight to Bhubaneswar due to Cyclone Titli:

Indigo airlines cancelled its 5 flight from Bhubaneswar on 11th october which were scheduled to fly to Delhi, Kolkata, Bengaluru and Mumbai respectively.. 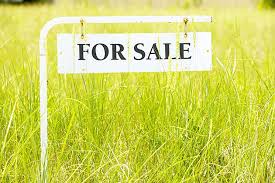