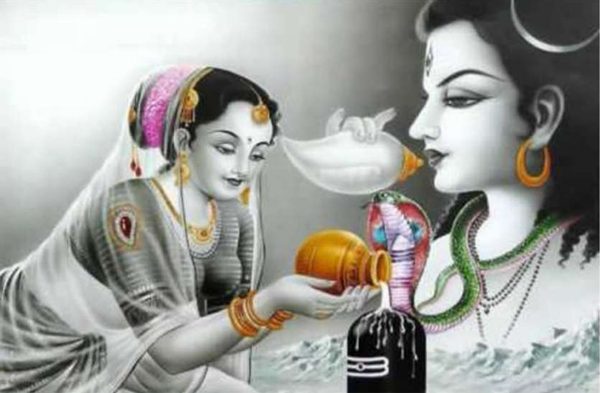 The Vijaya Parvati Brat is celebrated on the thirteenth day of the Shukla Paksha in the month of Asar. On this day, women wake up in the morning and decide to perform the Vijaya Parvati vows. At the end of the vow, the Brahmins are fed and donated. This fulfills the desires of women and widows. 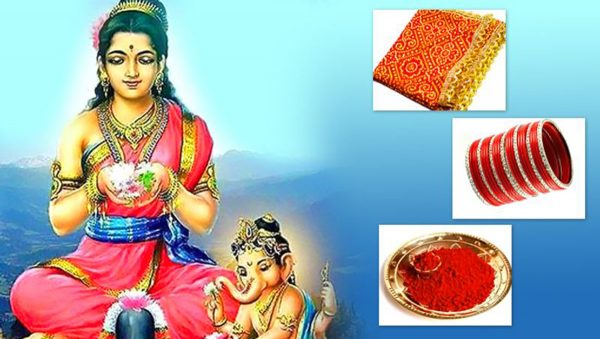 Lord Vishnu spoke to his mother Lakshmi about the Vijaya Parvati vows – a Brahmin named Baman lived with his wife Satya in a city called Kaudinya. The Brahmin couple was always sad because they had no children. Narad came to his house to alleviate his grief. His wife, Satya Narad, expressed his condolences for serving him. After hearing everything from Satya, Narad told her that only Parvati could solve your problem. To the south of the forest outside the city, under a bell tree, there is a penis with Lord Shankar’s mother Parvati. Worshiping Him must fulfill your desires. Hearing all this from Narad, the Brahmin couple rushed to the spot. Under the bell tree, the Brahmin couple continued to worship Lord Shiva and Mother Parvati. Once when a Brahmin was picking flowers for worship in the morning, he was suddenly bitten by a snake and died there. When the Brahmin did not return home, the truth was disturbed and he began to look for him. Seeing her husband lying dead, she began to cry. She began to remember her mother, Parvati, and the forest deity to return her dead husband. Mother Parvati visited her and gave her life to her husband and said, “I am happy with your worship. You ask for gifts.” The Brahmin couple asked for a gift to have a child. At that time, Mother Parvati Vijaya Parvati asked the Brahmin couple to make a vow. The Brahmin couple vowed to perform the ritual. By performing this vow, the Brahmin couple had a son.