Our tribute to legendary late Akshay Mohanty on his 80th Birth Anniversary on 12th October.

He has contributed Odia Bhajans, Odissi songs, folk songs, film and non-film modern light songs in Odisha on contemporary themes and ballads based on popular legends in Odisha.

Akshaya recorded his first song Gadiala Bhai Dharichhi Sura Re in 50s. His first song as a playback singer was Gori Gori Gori in the 1959 Odia movie Maa. He has sung songs in 129 Odia films.

Some of his experiments include starting a new cult of ballads in Odia, based on popular legends, such as Kanchi Abhijana, Randipua Ananta, and Konaraka Gatha.

He also recorded a popular drama, Patent Medicine, that went on to win the best radio drama award from All India Radio. 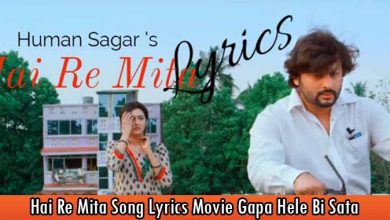 12 Paintings as real as life itself – Art by Raghunath Sahoo