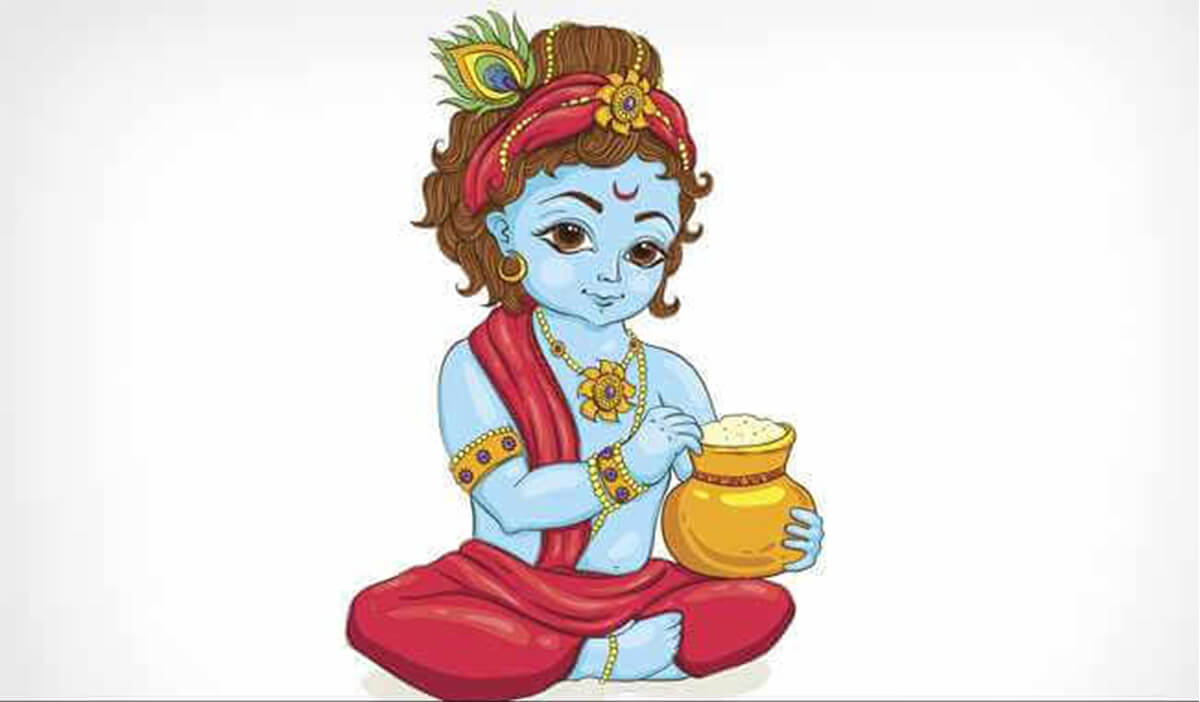 Also known as Sri Krishna Janmastami or Krishna Janmastami, Krishnastami, Satam Atham, Gokulastami, Ashtami Rohini, Sri Krishna Jayanti, Sri Jayanti or just Janmastami. The birthday of Lord Krishna, the incarnate man of Vishnu, is celebrated by Hindus as Janmasthami. According to the Hindu calendar, the month of Bhadrava is celebrated on the eighth day of Krishna Paksha. On this day, there are Rohini constellations in Lagna. It always comes in the Gregorian (English) calendar between August 15 and September 15. In northern India and southern India, the observation is delayed by one day due to statistical differences. As it was celebrated on August 22 in North India in 2011, it was celebrated on August 21 in South India (in the state of Kerala). Bhadra Krishnastami is celebrated in the Hindu world at midnight. However, in the Vishnu Purana, Krishna is said to have been born on the eighth month of Krishna. The main lunar and lunar eclipses are believed to be the reason for this difference. Lord Krishna has taught human society to work. He said that in the Srimad-Bhagavad-gita, the results will be according to deeds. So on the occasion of Janmasthami, an oath is taken to be a true worker. Serving the world without the expectation of fruit is the real work. One can become enlightened by following the path shown by Lord Krishna in the Gita. It is easy for others to achieve happiness, peace and prosperity by following the path shown by great men.

The eighth day of the month of Bhadravasa Krishnapaksha is celebrated as the birthday or birth anniversary of Lord Krishna. It is a major festival of the Hindus. According to the Vedic and astrological calculations, Lord Krishna descended to Dharadham at the end of the Dwapar period. His leisure period was 125 years and 7 months. From the day Krishna died, the age of strife has begun and the struggle continues today. Therefore, today, 5238 years ago, Leela Purushottam landed on this planet. Lord Krishna was born from the womb of Devaki to incarnate the meaning of incarnation, to give Divyananda to the devotees, and to practice the Bhagavad-gita religion in the right place. He appeared to his parents in the form of conch shells, chakras, mounds, and lotuses. As a boy, Leela tricked the world into committing suicide by sending demons to Swadham. Brahma, Shankara Sankadi was revered by the monk and was still playing like a normal boy.
Lord Krishna appeared in various roles for the betterment of the human race. The Mahabharata went to Duryodhana with the message of peace to avoid war. Here, Lord Krishna played the role of peace ambassador. In the battlefield of Mahabharata, Arjuna’s chariot was driven by chariots. At the beginning of the war, Arjuna was saddened by the sight of his relatives and forbade Lord Krishna not to fight. Here, the Lord descended as a Guru and was able to persuade Arjuna to fight for the establishment of the religion by giving him the Gita and teaching him the truth. Here he is recognized as a wise diplomat.
In the Mahabharata war, Arjuna is teaching himself to the people of the world by teaching them the numbers, karma yoga, enlightenment and devotion that he is teaching himself and realizing the real problems in his normal life. It is world famous as Bhagavad Gita. The Bhagavad Gita occupies a unique place in the world literature. Divya and Sanatan are the words of Lord Krishna written in it.

Lord Vishnu descended in human form on the eighth day of the month of Krishnapaksha in the month of Bhadrav to kill the mighty glorious Kansa in the Dwapar period. This was his incarnation of Lord Krishna. Krishna was born in the middle of the night in the prison from the womb of his sister Devaki, a prisoner by Kansa, during the conjunction of the Rohini constellation-Taurus. In prison, Krishna informed his parents of his intentions. He has taken on the form of a human being for the destruction of evil forces and the establishment of religion, and it is his human pastimes that can destroy all kinds of filth from the earth. He was born at the request of the gods and with Brahma to free the earth from the oppression of cancer. Gopal will play childhood at Nandaraja’s house. He had to stay at Nandaraja’s house to kill the monster, so the lightning girl who was born there was taken to the prison and taken to the prison, where he was told in secret by everyone to come to Nandaraja’s house in Goppur. Following Parambrahma’s command, Basudev’s father took his newborn son in his arms and went out in the dark. According to Jagannath Das’s Bhagavad-gita, the prison was illuminated in divine light, the bed was opened from Basudev’s feet, and the gates of the prison were opened automatically. On the way, Nagaraja Anant Basuki walked away, covering his huge fan, as he was drenched in rain. This holy birthday of Lord Krishna is celebrated as Janmasthami.

The festival is celebrated in a grand ceremony in the suburbs of Odisha. People fast on this day, and break the fast after celebrating the Black Birth at 12 o’clock at night. On this day, the Harivansh Purana is recited in the village’s Bhagwat Tungi or in someone’s house or monastery. The Haribhansh Purana is so long that the Khandikia Haribhansh is read somewhere. Janmasthami is one of the festivals celebrated in the temple. Due to the great influence of Vaishnavism in Orissa, the festival has a special place in the Oriya people. People also read Janmasthami vows. Nandotsava is celebrated the day after Janmasthami. To commemorate the joy of Nandaraja and Yashodarani, people chant songs on this day, break their fasts and exchange and eat sweets in the morning.