The Devasnana Purnima or bathing procession is celebrated in Shrikshetra on the full moon day of the eldest month Shuklapaksha. On this day, in the bathing mandapa of the temple, the fourth idol is traditionally bathed in 108 gallons of water with the sound of Vedas. The deities are then dressed in gajanan costumes. Usually once a year Mr. Jagannath bathes with his siblings, at other times he is bathed in mantras. This day is also celebrated as Jagannath’s birthday. It is a ritual performed before the procession. In the case of Darubrahma’s leela, Purushottama, the bathing ceremony of the Mahaprabhu or the stage bath is a leela of a classical ground. It is said that this bath was first performed during the revelation of the Lord, and that it was the first adoration of Sridharubrahma. Maharaja Indradyum performed the bath at the first good moment after the Lord took the form of Darubrahma. Since there was no bathing pavilion at that time, a wooden platform was built and the bathing ritual was completed. That is why many scriptures refer to it as bathing. According to the scriptures, the first place of Darubrah was completed in the holy water invoked in 108 golden bowls. Following that classical view, the same is true of bathing today. Notably, according to scripture, the Lord appeared on the day of the full moon. This leela is called the Fallen Leela, as the first place of the Lord is seen by all, regardless of race, color, or color. On the eve of the bathing full moon, as usual on the day of the bath, the doors of the temple are closed for a short period of time after the completion of all the rituals of Kabatfita, Pahantia Abakash, Gopalaballav, Sakaladhup, Dwiprahardhup, etc. On this day, Koth enters the Siansia temple and ties a scarf for the pahandi. The Lord’s armies and armies are broken. Mars is offered on the throne of gems.

The fourth idol is used by the devotees, while Madanmohan is used only by the Mahajan servants (servants of the Brahmin group). During the Pahandi BJ, the Thakurs wear chal and tahiya on seven steps. This is followed by a second offering after Tahanagi on the seven steps. The ghazas from Bandapana and later from Raghavadas monastery are then performed. After eating the panties, the Thakurs go to the bathroom and settle on their seats. The big pigs are sprinkling water. Garabadu brings water from the golden well in front of Shitaladevi, which has been abused all year round, holding a golden bowl. On the eve of the full moon of the Devasthan, 108 kalasa water is collected for the Mahaprabhu on the Devayan Marg of the temple or from the golden well. The gold well is located between Shitala Thakurani and her Bahan Singh. As if the well had been protected by lions all year round. Due to the fact that the well has not been used for years, the water is considered to be untouched by the Tantric tradition. In the Vedic rituals of bathing, the bathing water is invited, while in the place of Tantric rituals, thirteen substances are mixed. In the tradition of sacrifice, the well is called the “well of life.” In ancient times, it was customary for a child born in Odisha to take a bath by mixing it with unsalted water. This does not affect the power of the wicked. In 108 bowls of mixed water, Ashtabandha, Krishna-Aguru, Ushir, Gorchana, Devdaru, Mutha, Harital, Bahada, Amalki, Sanchistha, Tamraparni, Somparni and Lodha are mixed. The water is evaporated after the mixture is mixed. In that fragrant inviting water, Darubrah is bathed in 108 grams of water. The water is bathed in 35 gallons of Jagannath, 33 gallons of Balabhadra, 22 gallons of Subhadra and 18 gallons of Sudarshan. On this day, the Lord is dressed as Gajanan. On this day, the goddess Subhadra is adorned with flowers, moon and umbrella by the Raghavadas Math. Sribalbhadra, given by the Gopaltirtha Math, is dressed in the form of Gajanan and Shudarshan is worn on the wheel. On this day, one incense is given instead of three. The Thakurs then return to the temple in a procession. After the Thakurs win the Ansar Pindi on the inner wood, the plate is tied and the idol is erected. The quadruple then has a fever for 15 days from the full moon to the Netrotsava. This is called Ansar. During these 15 days, devotees do not see the Jyumans. At this time, devotees visit Alarnath, a nearby shrine in Brahmagiri.

On the full moon day of Devaswana, the fourth idol is adorned with garlands after bathing. There is a legend behind it. Ganapati Bhatt, a Brahmin from Maharashtra, once heard about the glory of Shri Kshetra and came to see Shri Jagannath of the Lord. He was a devotee of Lord Ganesha. So, seeing the wooden idol, he did not see the ghazal form, he refused to consider him as the Supreme Personality of Godhead and angrily left the temple. The next day was the full moon of Devaswana. At the behest of the Lord, Ganapati invited Ganapati Bhatt to watch the bathing procession. In front of his eyes, the wooden idol of Shri Jagannath was transformed into Ganapati. Seeing this miracle, he became enlightened and realized his mistake. Satisfied with his prayers, the Lord gave him a bridegroom, saying that he would wear garments every year on this day. Every year since the incident, the fourth idol has been wearing a bathing suit. 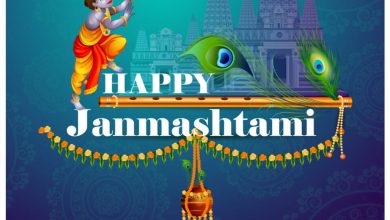