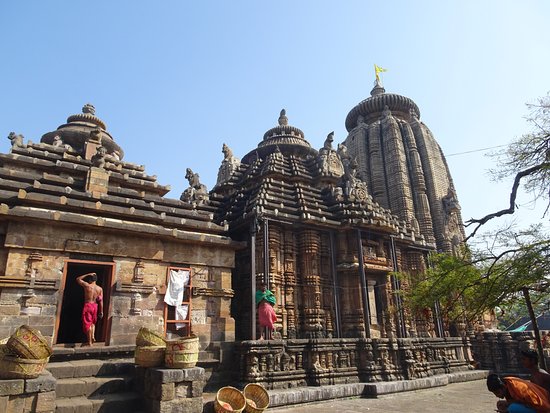 The Vishnu Temple, a Hindu temple in Bhubaneswar, is dedicated to Lord Vishnu, located in the lower bazaar on the eastern shore of the Bindu Sagar, which is known as the Kedar-Gauri Lane on the right bank of the Lingaraj Temple on the right side of the capital of Odisha, Bhubaneswar. It is used for the western side of the temple and for storage purposes. The exterior walls are adorned with sculptures and are thought to be “Raha” and “side deities”, originally dedicated to Vishnu.It is believed that the temple was built in the 12th century with the “Rekha Deul Topology”.

Surroundings: The temple is surrounded by Bindu Sagar tanks to the west, 8.00 meters on the road, 10,00 meters to the north of the Anant Basudev temple, another local shop to the east and south of the Anant Basudev Bhog Mandap, 1,00 meters to the east. It is made with and has three moldings without any design in the “bandana”. The top of the thigh is made up of chains. The front side of the kabaddi is made up of three strands of flower buds, nara buds and vines.