Dedicated to Lord Lingaraj (Tribhuwaneswar), the Lingaraj Temple is one of the active temples in Bhubaneswar, Odisha that is frequented by Hindu devotees in large numbers. Built in the 11th century, it is believed that this 11th century structure was built over a 7th century structure. You can get a view of the complete temple landscape from the viewing platform. Like the Konark temple, Lingaraj temple too has tall pagoda shaped towers, porch, and halls for dance and for prayers that you ought to see on your tour of the temples in Orissa. The other temples within the complex are worth a visit too.

Lingaraj means “The king of Lingam”, the symbol of Saivism. Shiva was worshipped as Kirtivasa and later as Harihara and is commonly referred as Tribhuvaneshwara (also called Bhubaneswar), the master of three worlds, namely, heaven, earth and netherworld). His consort is called Bhuvaneshvari.

The temple is more than 1100 years old, dating back in its present form to the last decade of the eleventh century, though there is evidence that part of the temple was built during the sixth century CE as the temple has been emphasized in some of the seventh century Sanskrit texts. Fergusson believes the temple might have been initiated by Lelat Indra Kesari who reigned from 615 to 657 CE. The Assembly hall (jagamohana), sanctum and temple tower wer built during the eleventh century, while the Hall of offering (bhoga-mandapa) was built during the twelfth century. The natamandira was built by the wife of Salini between 1099 and 1104 CE. By the time the Lingaraj temple was completely constructed, the Jagannath (form of Vishnu) cult had been growing in the region, which historians believe is evidenced by the co-existence of Vishnu and Shiva worship at the temple. The Ganga dynasty kings were ardent followers of Vaishnavism and built the Jagannath Temple at Puri in the 12th century.

The temple is believed to be built by the Somavanshi king Jajati Keshari, in 11th century CE. Jajati Keshari had shifted his capital from Jajpur to Bhubaneswar which was referred to as Ekamra Kshetra in the Brahma Purana, an ancient scripture. One of the Somavamsi queens donated a village to the temple and the Brahmins attached to the temple received generous grants. An inscription from the Saka year 1094 (1172 CE) indicates gifts of gold coins to the temple by Rajaraja II. Another inscription of Narasimha I from the 11th century indicates offer of beetel leaves as tambula to the presiding deity. Other stone inscriptions in the temple indicate royal grants from Chodaganga to village people. 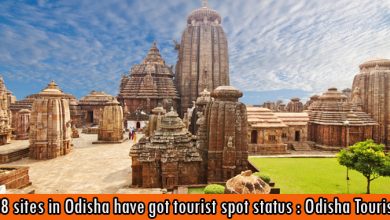 348 sites in Odisha have got tourist spot status : Odisha Tourism 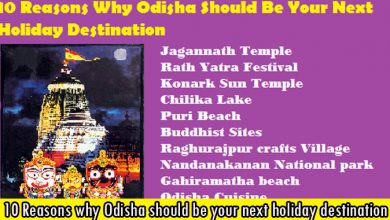 10 Reasons why Odisha should be your next holiday destination