Debasnana Purnima or Snana Yatra is exclusively a festival of Lord Jagannath and is said to be one of the oldest. According to Skanda Purana when Raja Indradyumna installed the wooden deities he arranged this bathing ceremony. This day is considered to be the birth-day of Lord Jagannath. Held in the full-moon day of the month of Jyestha this festival is also simultaneously held in all other imprortant shrines of Odisha. However, the festival being most elaborate and important at Puri, it attracts thousands of visitors and piligrims from all over the country.

‘Niladri Mohadaya’, a religious text written in Odisha records the rituals of the festival. Sriharsa in his ‘naisadhiya Charita’ (XV. 89) also refers to this festival of Purusottama. This bathing ceremony has a speciality. As this festival does not find mention in the early religious texts, it is believed to be a tribal ceremony which later crept into the Hindu rites. Jagannath in its early form was being worshipped as Nilamadhaba by a Savara chief called Viswabasu. Till now it is the Daitas and Savaras (tribals) who have the exclusive right to conduct the festival. The tribals called Saoras (of southern Odisha) still perform a rite to bath their deities ceremonially on the last day of the month of Jyestha. For this they collect water from remote jungles where it remains untouched even by the shadow of the animals. Most probably when Jagannath was a Savara God, this festival of the Savaras who tended Him was accepted by the Hindus.

On the previous day of Snana Yatra the images of Jagannath, Balabhadra and Subhadra along with the image of Sudarshana are ceremonially brought out from the sanctum in a procession to the Snana-vedi (Bathing pandal). This special pandal in the temple precinct of Puri is celled Snana Mandap. It is at such a height that visitors standing outside the temple also get a glimpse of the deities. After Mangala Alati, the Suaras and Mahasuaras go in a ceremonial peocession to fetch water from Suna Kua (Golden well) in one hundred and thirty, vessels of copper. All of them cover their mouths with a piece of cloth. Then all the vessels filled with water are preserved in the Bhoga Mandapa. The Palla pandas (a class of Brahms priests) then purify the water with Haridra, Jaba, Benachera, Chandan, Aguru, flowers, perfumes and medicinal herbs.

On the fourteenth day (Chaturdashi) when the idols are taken out in procession, the whole process is called Pahandi or Pahandi vijay. Scholars have given different interpretations of the term (‘Pahandi’). Some opine that it has been derived from the term ‘Praspanda’ meaning movement. Some others are inclined to interpret it as a derivation from Pandya vijaya. For the festival the Snana Vedi is well decorated with traditional paintings of trees and gardens. Flags and toranas (arches) are also put up. The images are profusely decorated with flowers. All kinds of perfumes such as Dhupa, Aguru etc. are then offered. As the ‘Pahandi’ of the deities takes place to the accompaniment of music and beating of various indigenous drums. Thousands of devotees jostle and crave for a look at the deities in procession.

The bathing festival takes place during the morning hours of the Purnima. The filled vessels are carried from Bhoga Mandap to the Snana Vedi by the Suaras in a long single-line procession. This ritual is called ‘Jaladhibasa’. Prior to the bathing ceremony the images are covered with silken clothes and then smeared with red powder. Then water is poured, the rituals performed and ‘Pavamana’ hymns chanted. After the bath the deities are so dressed that together they appear like the image of Ganesha. This is called Ganeshabesa. It is said that a staunch devotee of Lord Ganesha and himself a profound scholar visited Puri during Snana Yatra, he was amply rewarded by the king of Orissa for his scholarship. The king asked the scholar to accompany him to see Lord Jagannath which he refused under the pretext that he wouldn’t worship any God other than Ganesha. Somehow he was persuaded and brought before the Snana vedi. To the utter surprise of all, Lord Jagannath appeared as Ganesha. Since then during Snana Yatra when the sacred bath is performed, the deities are dressed like Ganesha. Various other legends are also told and reasons assigned explaining the Ganesha besa.

During the sacred bath the colours painted on the images generally fade. Seeing the wooden deities in discolour devotees may not have the appropriate devotional attitude and in fact may feel sinful repugnance. For this reason the images are immediately dressed as Ganesha in which they remain mostly covered.

After the Snana Yatra, the images are kept away from public view for fifteen days and during all these days the daily rites of the temple remain suspended. The images are kept on the Ratna vedi inside the temple. This period is called ‘Anabasara’ meaning improper time for worship. It has been said earlier that the images are discoloured as a result of the sacred bath. During these fifteen days the Daitas (descendants of Viswavasu, the Savara) repaint the images and make decorations. The period of colouring and decorating the images is divided into seven short periods, each of two days duration, and a short period of one day set apart to give finishing touches. Thus the period covers the whole fortnight. On the 16th day the images in their new forms after renovation become ready for the public view. The festival of the first appearance of the Lord Jagannath to his devotees is called Netrotsaba or Nava Yaubana (new youth). According to popular belief the devotee washes away all his sins if he gets a vision of the Lord on this day. On this occasion, therefore, great rush of people occurs in the temple.

The Shilpa Sastras and Agamas testify that the images become suitable for worship only after the performance of the rite of ‘Chakshyu Unmilana’ (Opening of the eyes). During ‘Anabasara’, the Daitas offer to the deities only fruits and water mixed with cheese. According to them during this time the deities don’t keep well and therefore, take rest. Like human beings they are considered to have fallen ill and are treated by the Raj Vaidya or the king’s physician with specific medicines.

The temple-festivals wich are held in a bigger and elaborate scale in the important shrines of Puri and Bhubaneswar are also held simultaneously in all other small shrines of the respective deities, though in modest scales. Likewise the Snana Yatra is held in many other temples of Odisha. 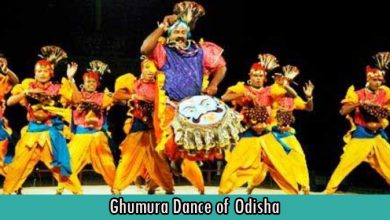 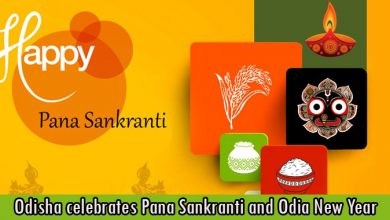 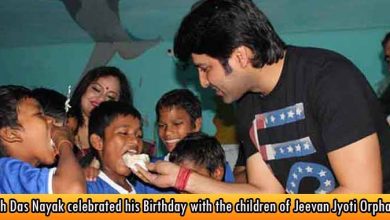