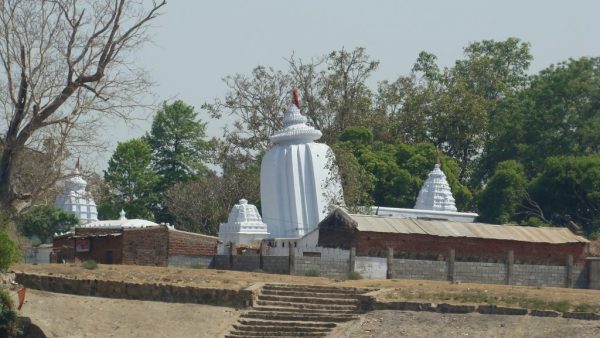 Baba Bimaleshwar is worshiped on the banks of the Mahanadi River at the headwaters of Huma village under the Maneswar block of Sambalpur district. One of the highlights of the river is the bright red Kudo fish huma seen on the riverbank adjoining the temple. They are like fish. It is believed that Lord Vishnu is in the form of a Pisces. Humar Bimaleshwar Shivalinga has revealed himself from the underworld and himself from the underworld. Legend has it that a cow’s milk spilled on the shibboleth. Seeing that the cow’s udder was drying up every day, the owner of the cow, suspicious of the cow, came to guard the cow himself. He was amazed to see that the cow’s milk was dripping on the shibboleth, and from then on, the glory of Baba Bimaleshwar appeared and the worship began.

The temple is located on a rectangular base about 200 feet long and 120 feet wide. The main temple is tilted to the west of Bimaleshwar at an angle of 47°. The cause of the curse is mysterious and controversial. According to some, the temple was deliberately built from the time it was built to protect it from the effects of the strong currents flowing during the floodwaters during the monsoon rains. Others believe it was straight during the construction of the temple. Over time, strong currents in the river flooded the temple’s infrastructure, causing the temple to cave in. Countless Kudo fish playing in the river can be seen climbing down the stairs behind the bank. Shyamakali’s seat is in Kuda at Kunde near Deul. You have to go by boat from Deul to Kunder Kud.